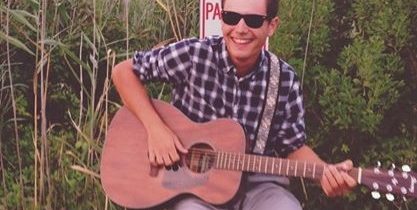 Vinnie Paolizzi is a singer-songwriter from Philadelphia Pennsylvania and a proud Temple University Owl! After playing in bands throughout his youth in the Philly suburbs, at 18 he moved downtown and started playing at every open mic he could find. From dusty clubs and bars (that he was not old enough to be in) to small coffeeshops and lounges in the Fairmount section of the city. He eventually started getting gigs almost every week and started being able to pay school bills with music. From 2014-2015, he played over 250 shows while attending college full time. He released his debut EP “Waiting on Me” in February 2015. With rock grooves, americana vibes and legendary producer Glenn Barratt, it is a solid record from beginning to end. The journey has only just begun for Vinnie as he is planning a summer tour in some new cities including New York, Washington D.C. and Boston. He hopes to make some friends and make some memories along the way and be able to do what he loves as long as he can.